skip to main | skip to sidebar

Kwanzaa at the L9 Center for the Arts 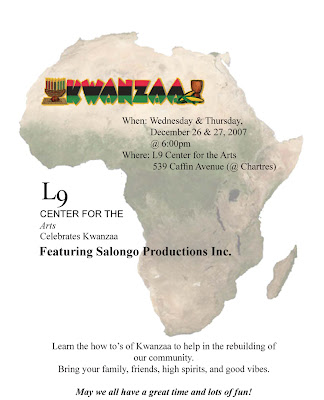 In 2007, Cameron left the plum position as senior curator of the New Museum of Contemporary Art in New York after 10 years, because, he said, "entering a second decade in a committed relationship was too much."

In May, he took the post of director of visual art at New Orleans' much humbler Contemporary Arts Center on Camp Street, agreeing to lend his curatorial cachet to the center as he produced his stupendous pet project, Prospect 1.

If he succeeds, Prospect 1 will join the ranks of approximately 25 other international art exhibits staged in cities around the world, such as Sydney, Australia; Seville, Spain; Sao Paulo, Brazil; Shanghai, China; and Venice.

Whether biennials are for the high-rollers or more modest art lovers, many observers believe that New Orleans is an ideal location for one, because of its rich cultural history, its recent post-Katrina notoriety, and its geography. The Istanbul Biennial, which drew 84,000 visitors this year, is Cameron's most direct model for Prospect 1, because Istanbul, like New Orleans, is a historic port city pinched between bodies of water. The Crescent City's relatively small size and readily available public transit will allow easy access to Prospect 1 sites from Uptown to the French Quarter to the Warehouse District to Mid-City. 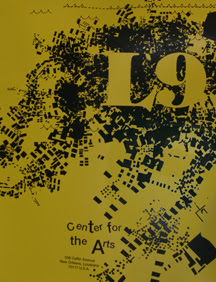 In September, as Calhoun and his son put the finishing touches on one side of the old house, a stranger happened by. He was Mark Bradford, the Los Angeles art star whose gritty urban collages had just won the $100,000 Bucksbaum award at the 2006 Whitney Museum of American Art Biennial exhibition in New York.

Bradford had been invited by Contemporary Arts Center curator Dan Cameron to create a work of art for Prospect 1 New Orleans, an 11-week, citywide international art exhibition scheduled to open in November 2008. Bradford plans to create a large-scale Noah's Ark from flood debris. He was out scouting for an ark location in a desolate stretch of the Lower 9th Ward. Appropriately enough, it was raining.

The snowy walls of L9's interior, a tone he recognized as "gallery white," caught his eye. When he spotted one of Calhoun's photos on the mantel, he knew he had discovered an artistic outpost.

He decided to pitch in. Bradford's artwork fetches a pretty penny (He estimates the large collages now on display at the CAC to be worth roughly $200,000 each.). He not only volunteered to donate a medium-sized painting to L9, he helped arrange an impromptu Nov. 3 auction that coincided with a nearby performance of New York art celebrity Paul Chan's "Waiting for Godot" that Bradford knew would draw jet-set art lovers to the neighborhood. Bradford also used what he called "career capital" to lure several of his collectors to the decidedly out-of-the-way auction. The winning bidder paid $60,000 for the painting. Calhoun and McCormick sold several photos, and L9 was kick-started.